MOROCCAN PORTRAITS    There are many reasons why people don’t want to be photographed. Maybe there’s a blemish, or a crooked tooth. But there are parts of the world where the act of photography is one of theft. A crude gesture that amounts to cultural subordination, even mockery. Knowing this, when I travelled to Morocco in 1975, I made it my goal, to create connections. I was there to shoot an exhibition sponsored by Polaroid, using its Type 55 P/N film, and this medium — which seems clumsy and laborious in the digital age — allowed me to share my images with the subjects. The film produced both positive print and negative images, so I gave each person the positive and asked to photograph them again. Grateful, and no doubt somewhat bemused, subjects would spontaneously hold up their images to their chests as I shot for the second time, creating a picture within a picture, revealing the subject twice. As I travelled throughout the country, word of my image gifts spread, and people wanting to be photographed flocked around me in village squares and souks. It was a joyful experience giving human beings formerly exposed as just “poor” or “exotic” a respectful, fair gift in exchange. When I travelled to Morocco a decade later, I discovered my gifts had made a lasting impression. Many of those I’d photographed still carried their pictures with them, as mementos of our connection and a special moment captured in time. 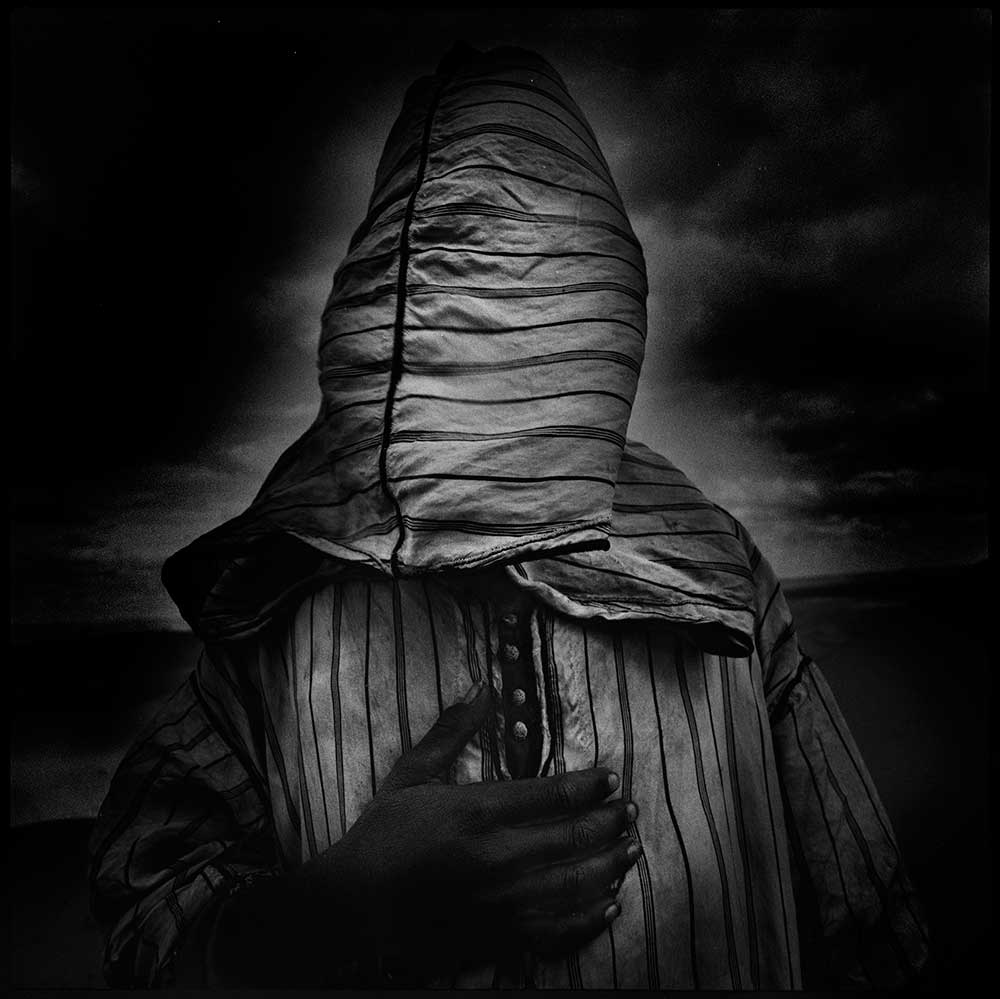 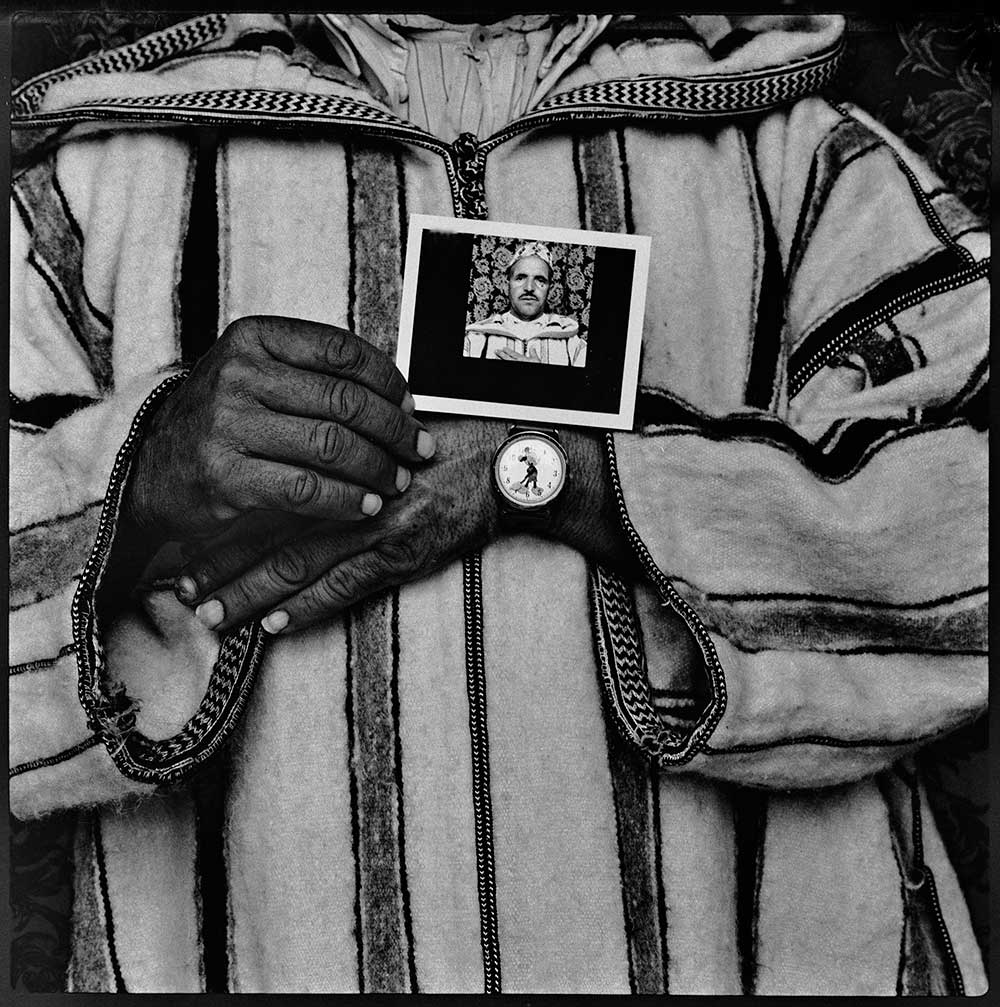 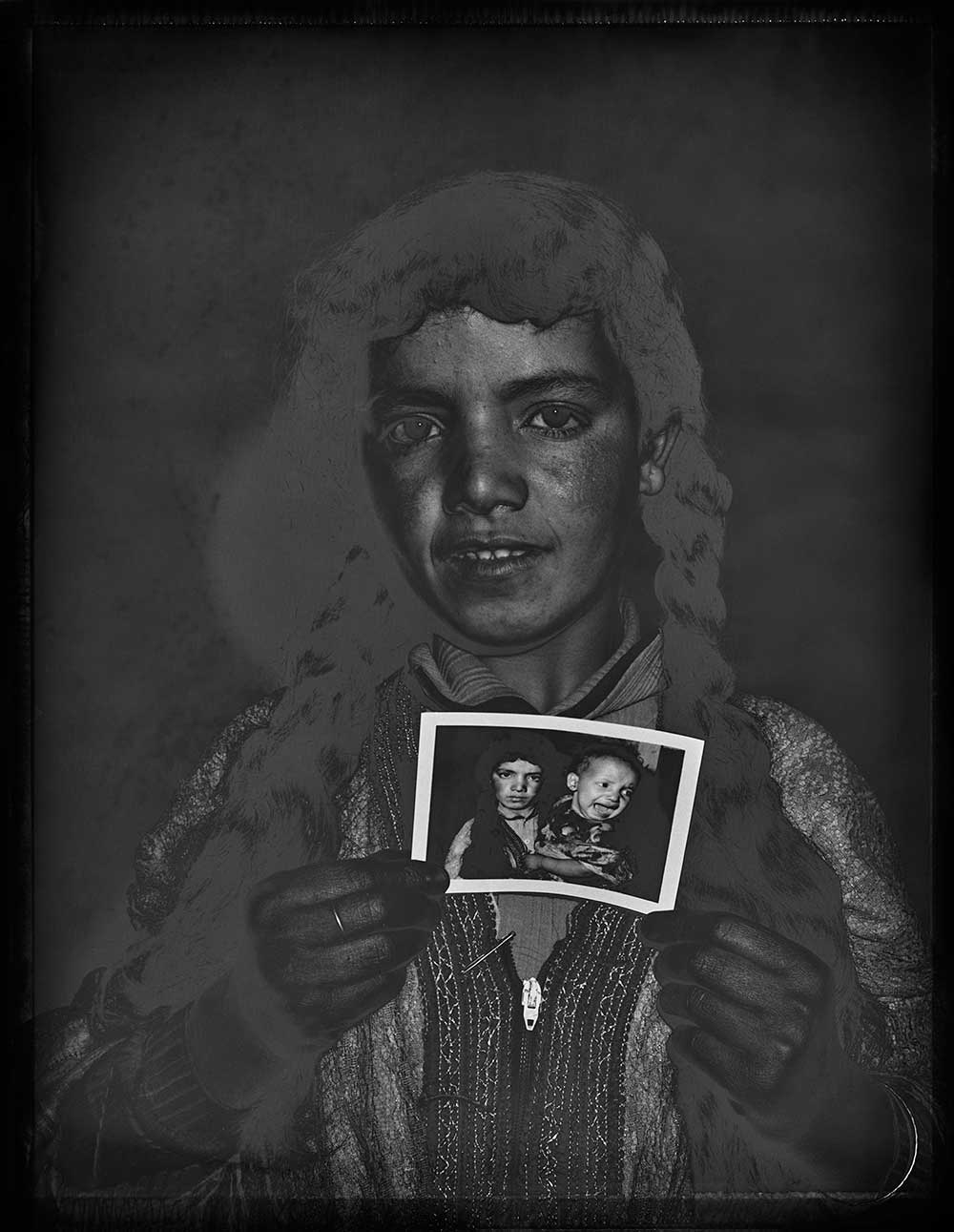 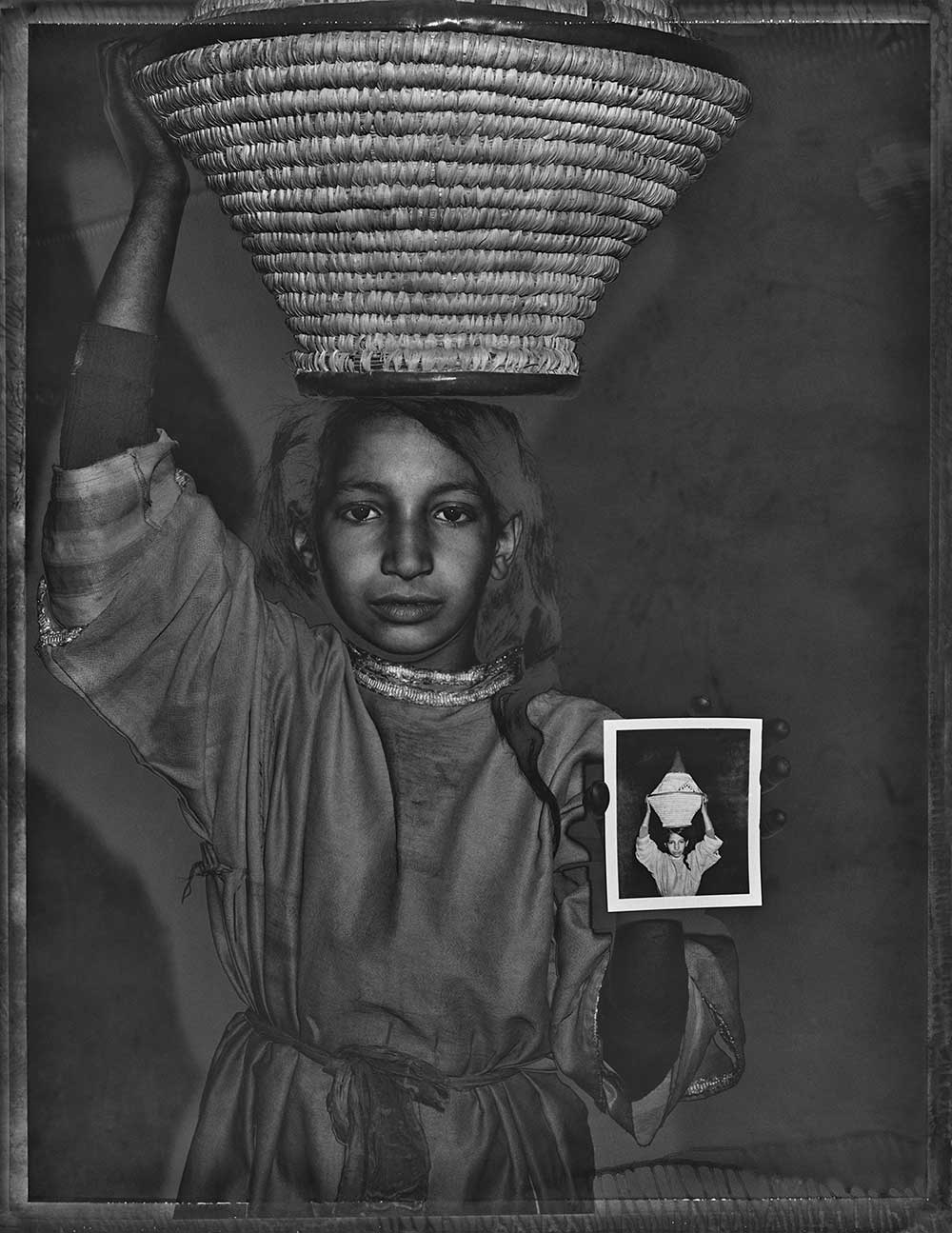 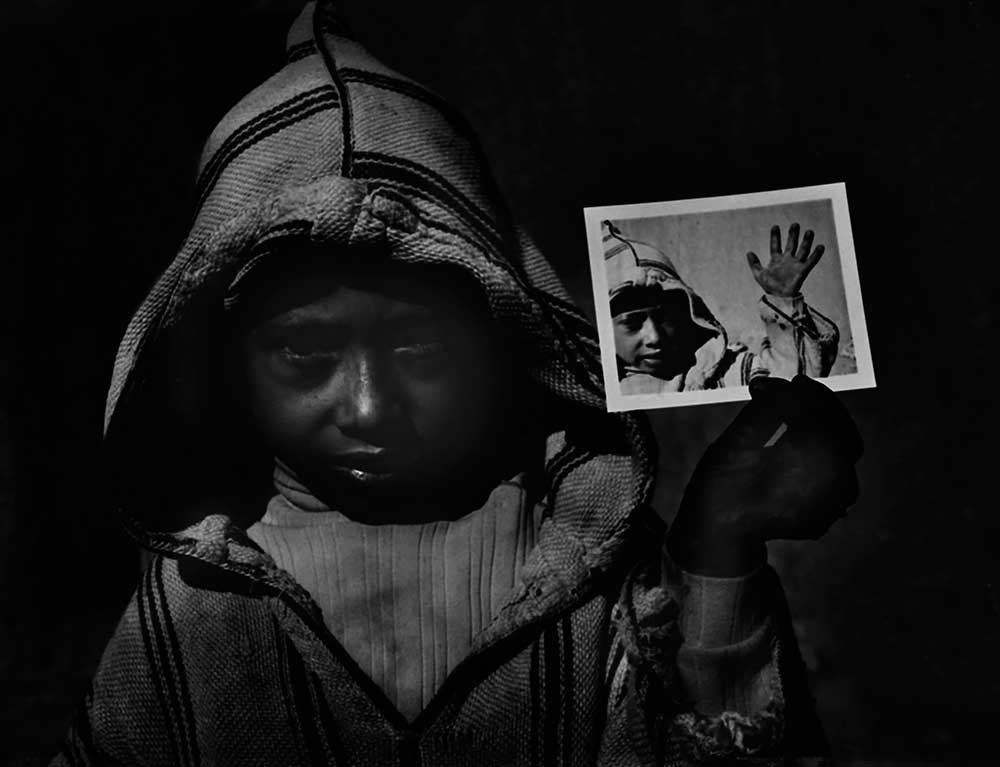 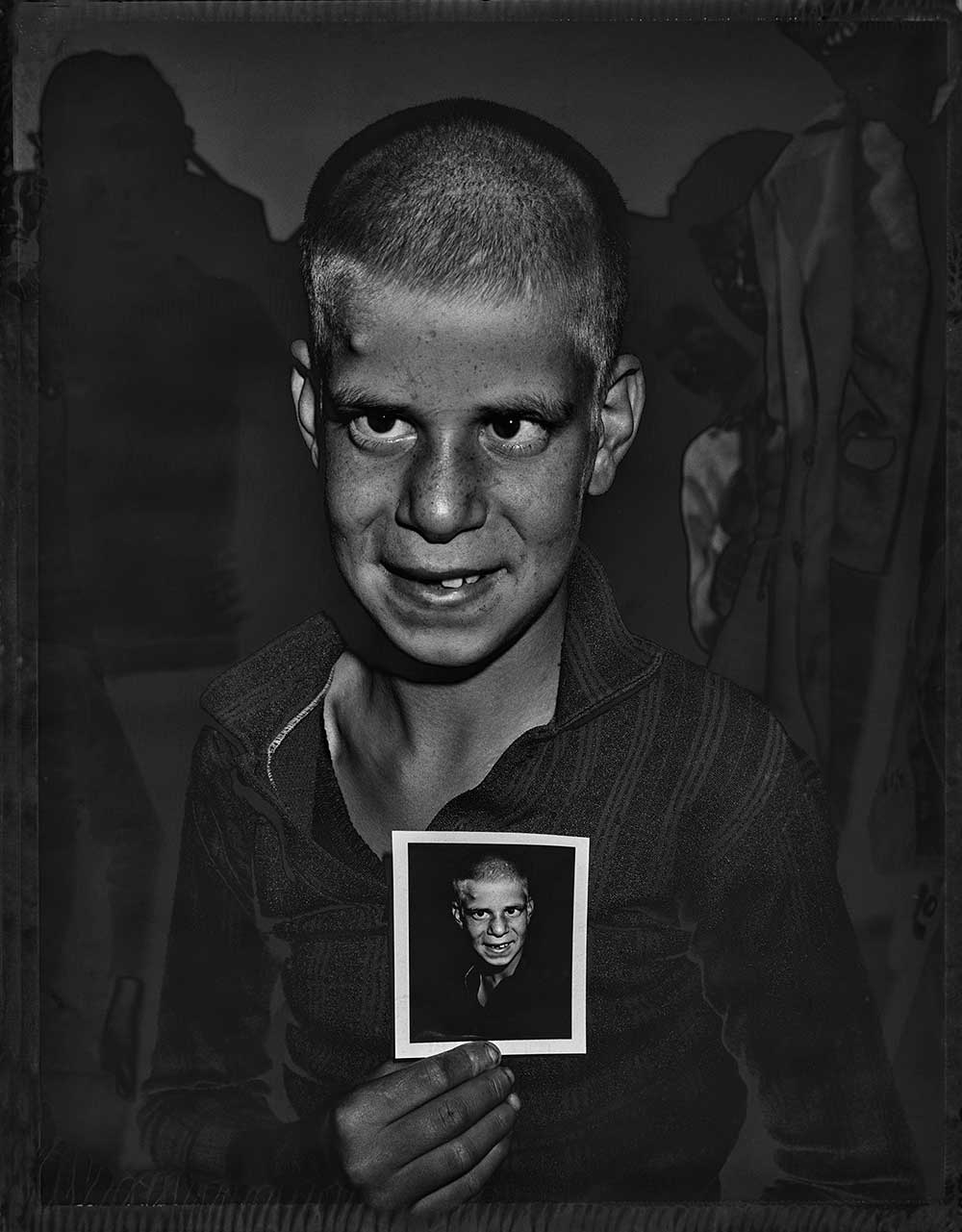 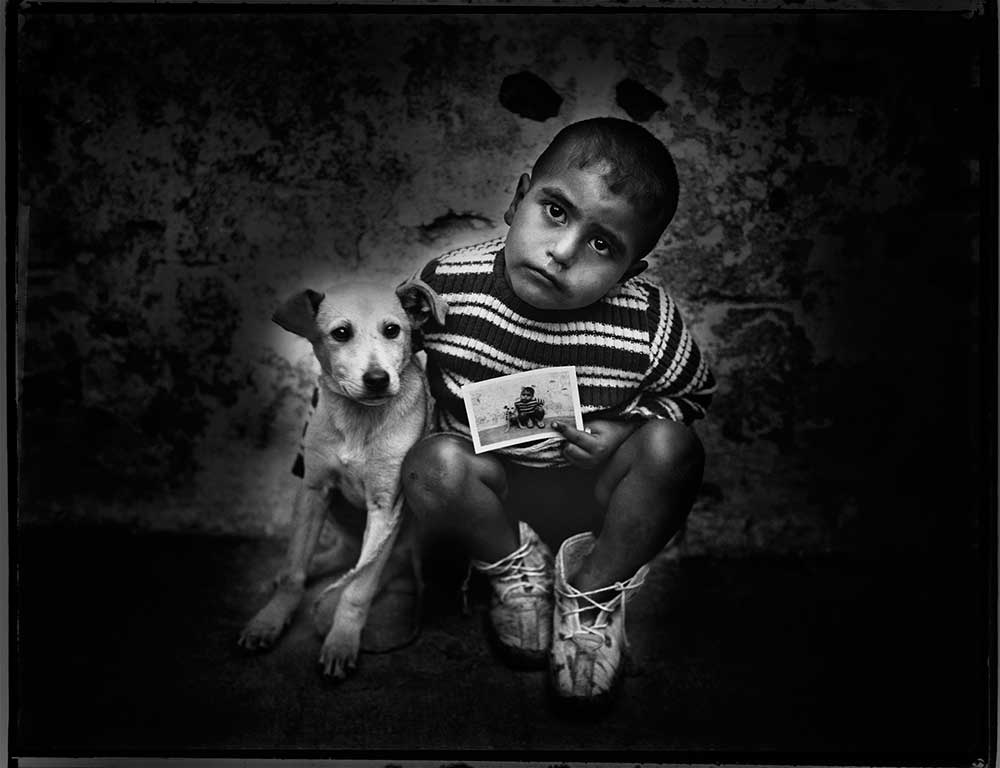 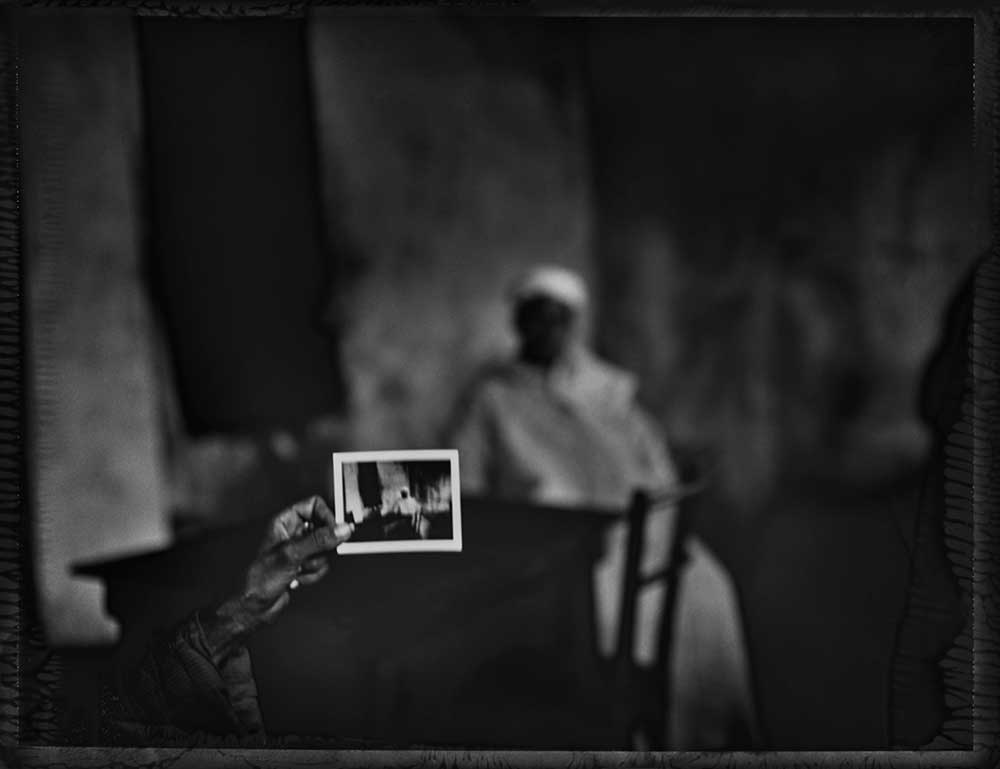 Man in a cafe Ouarzazate 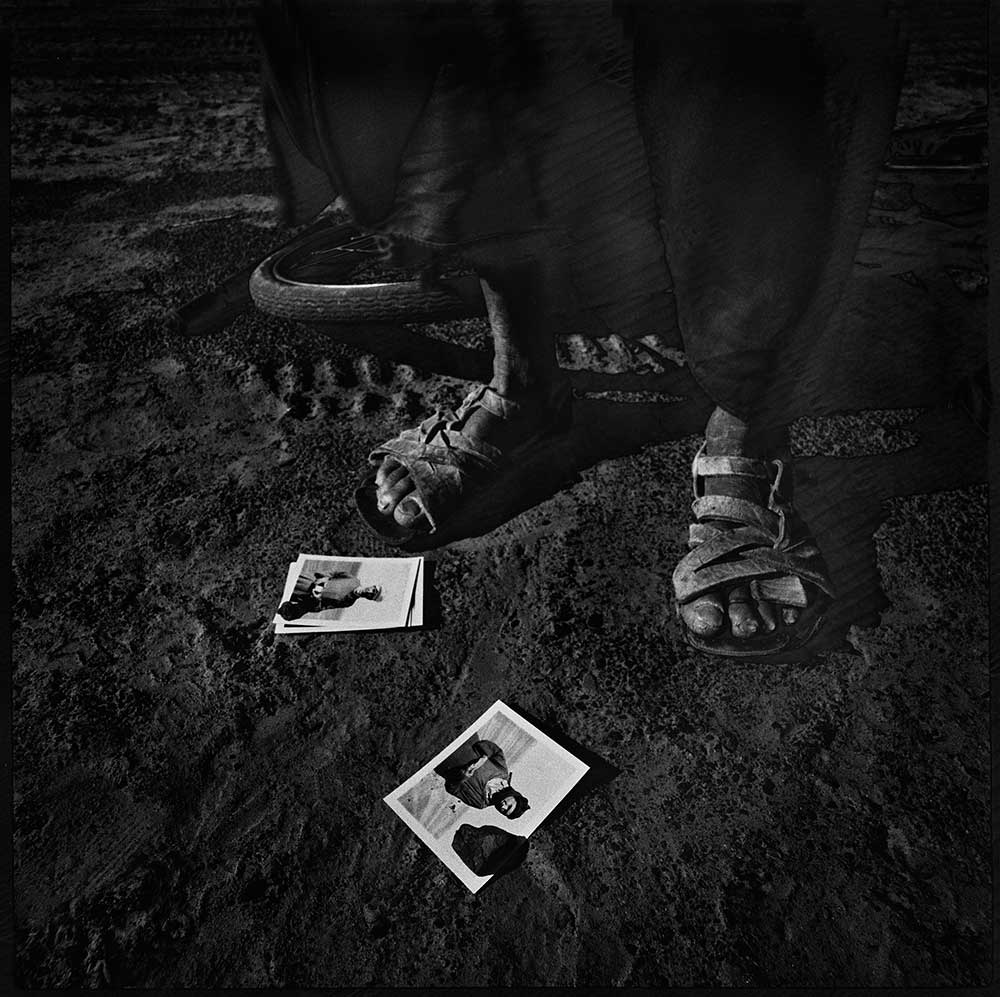 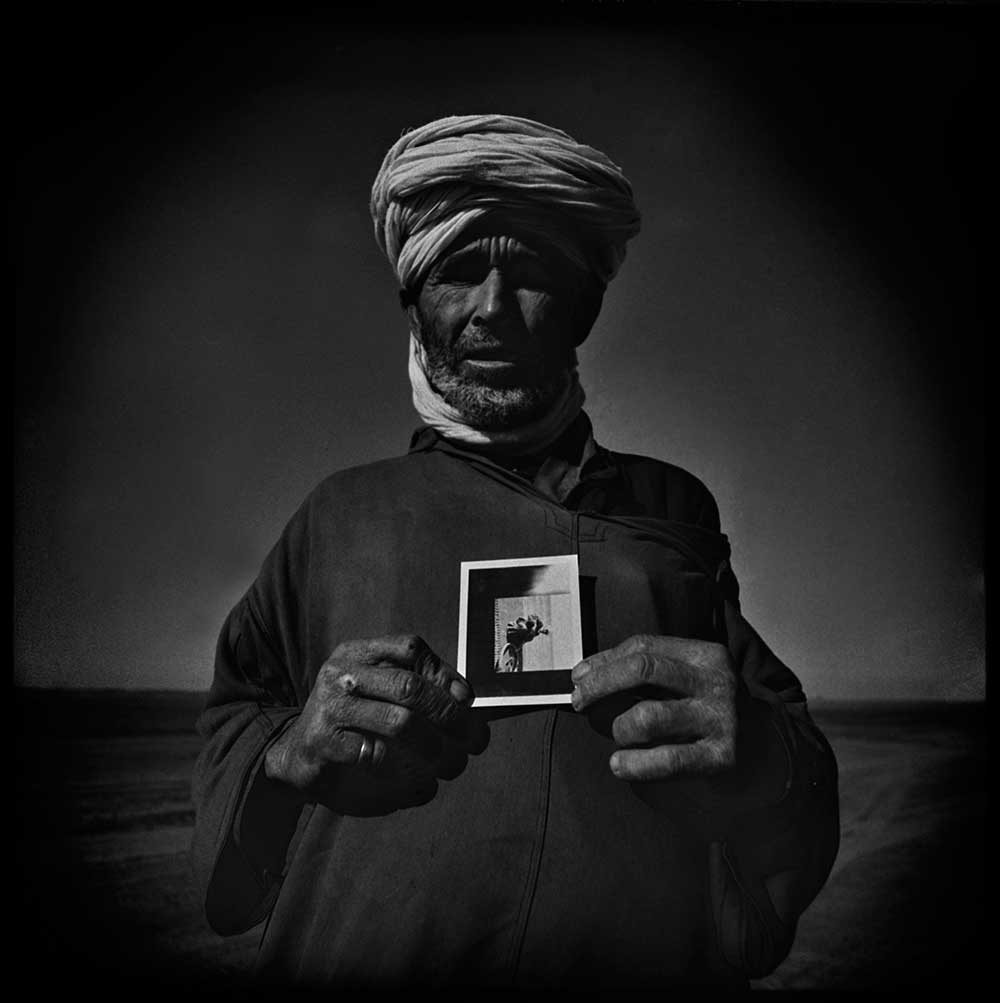 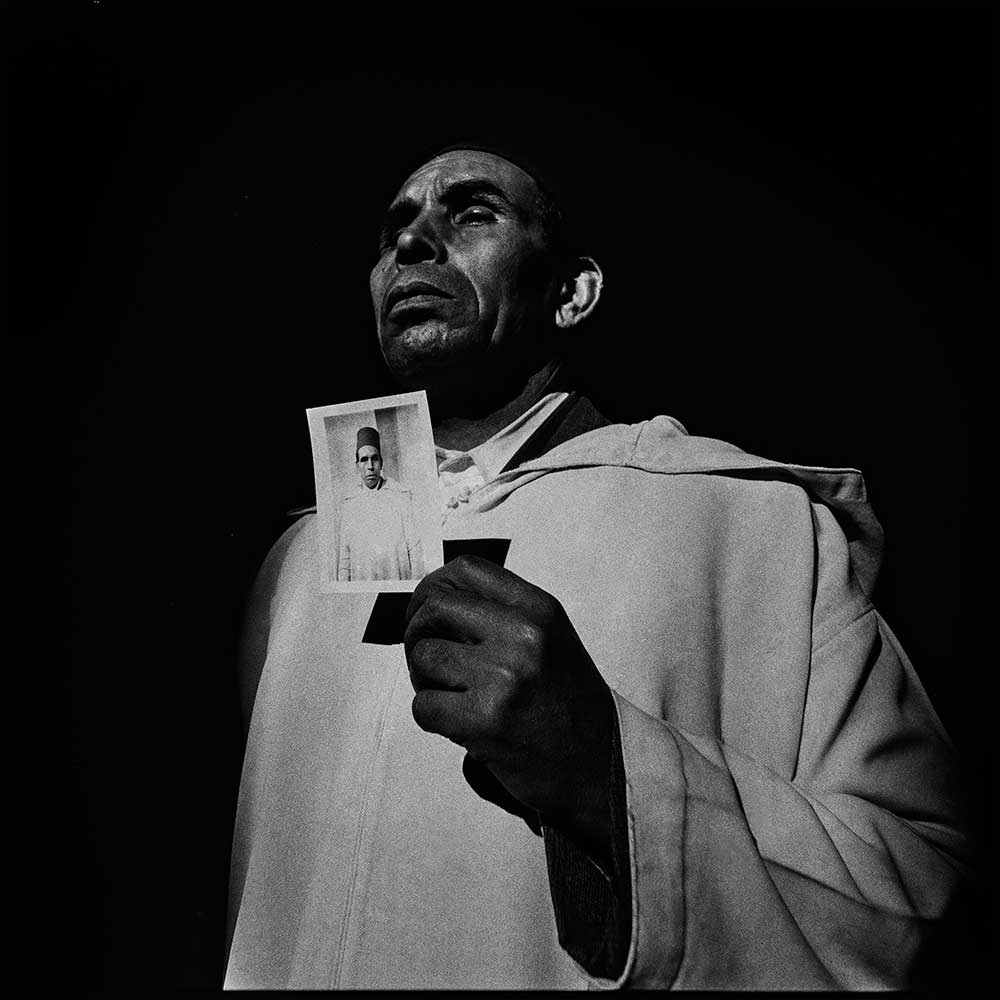 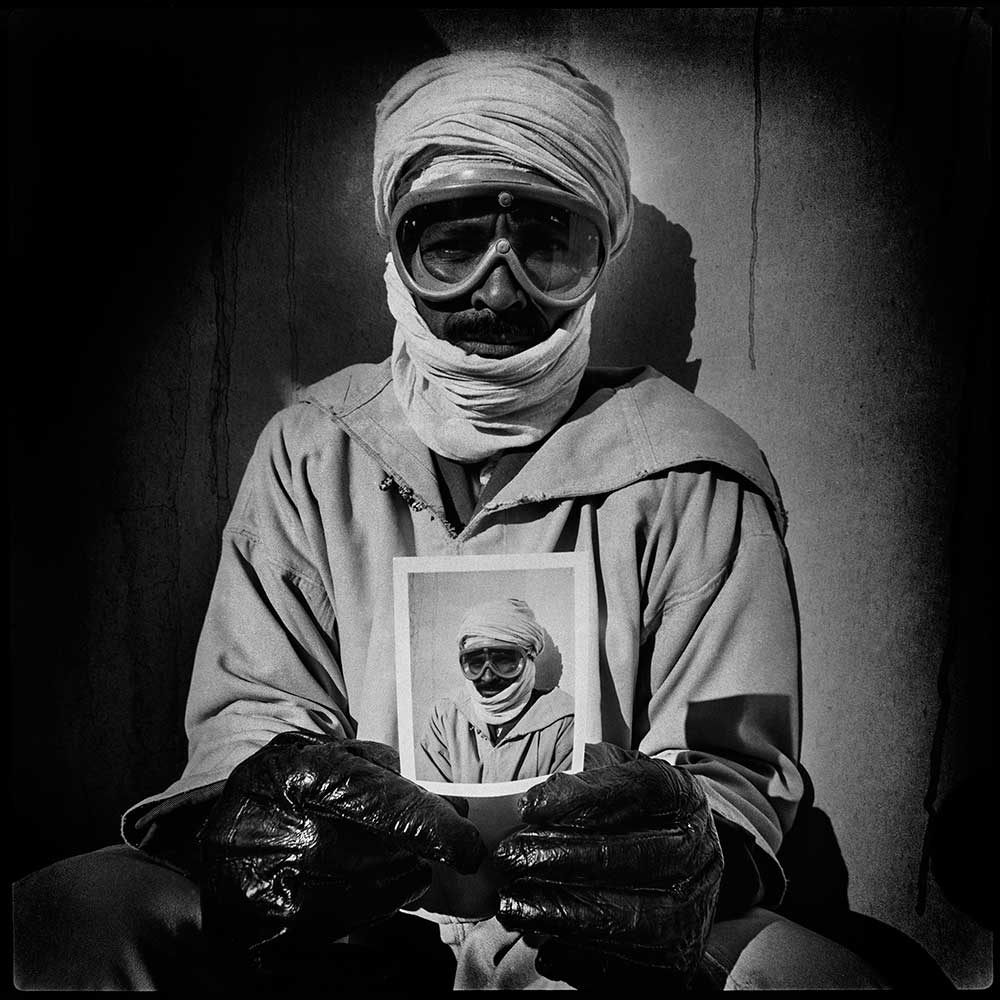 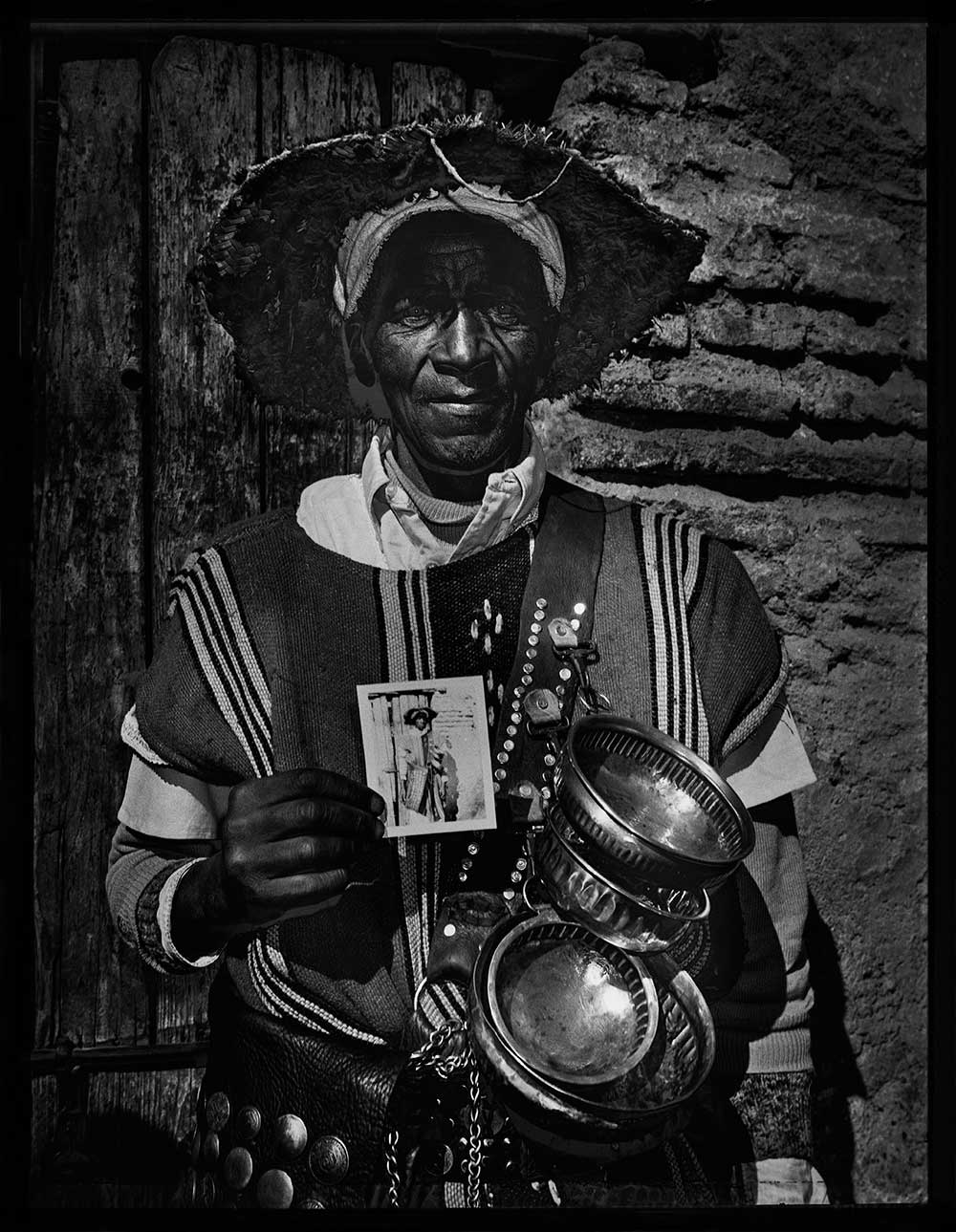 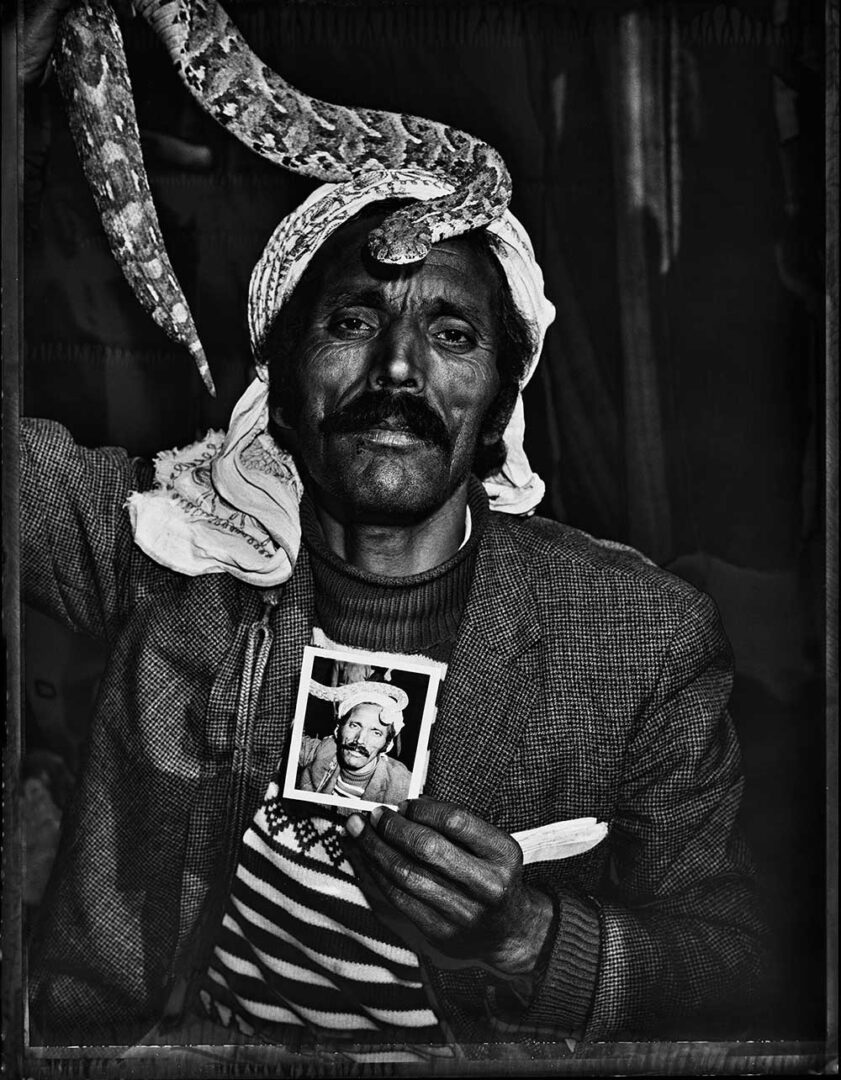 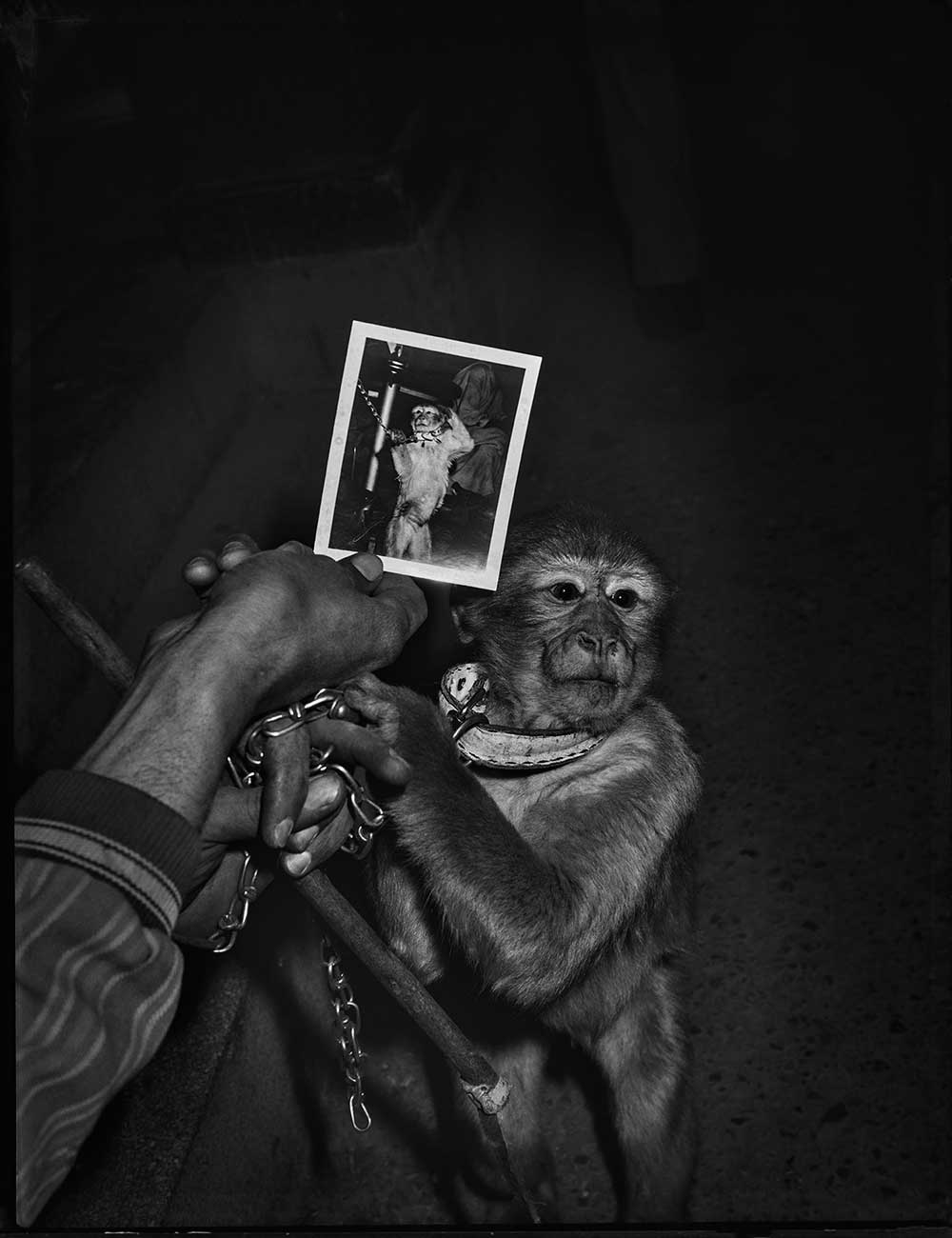 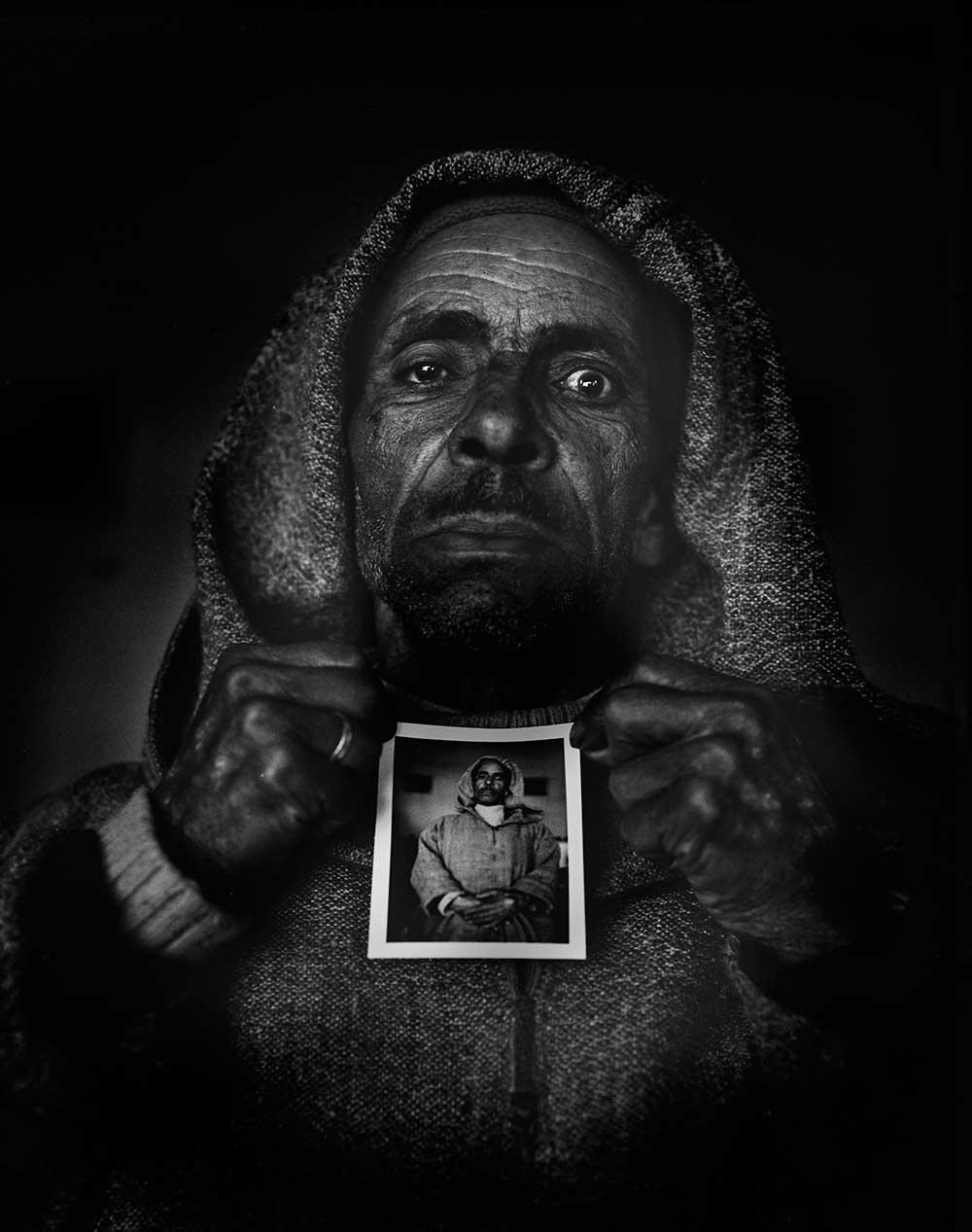 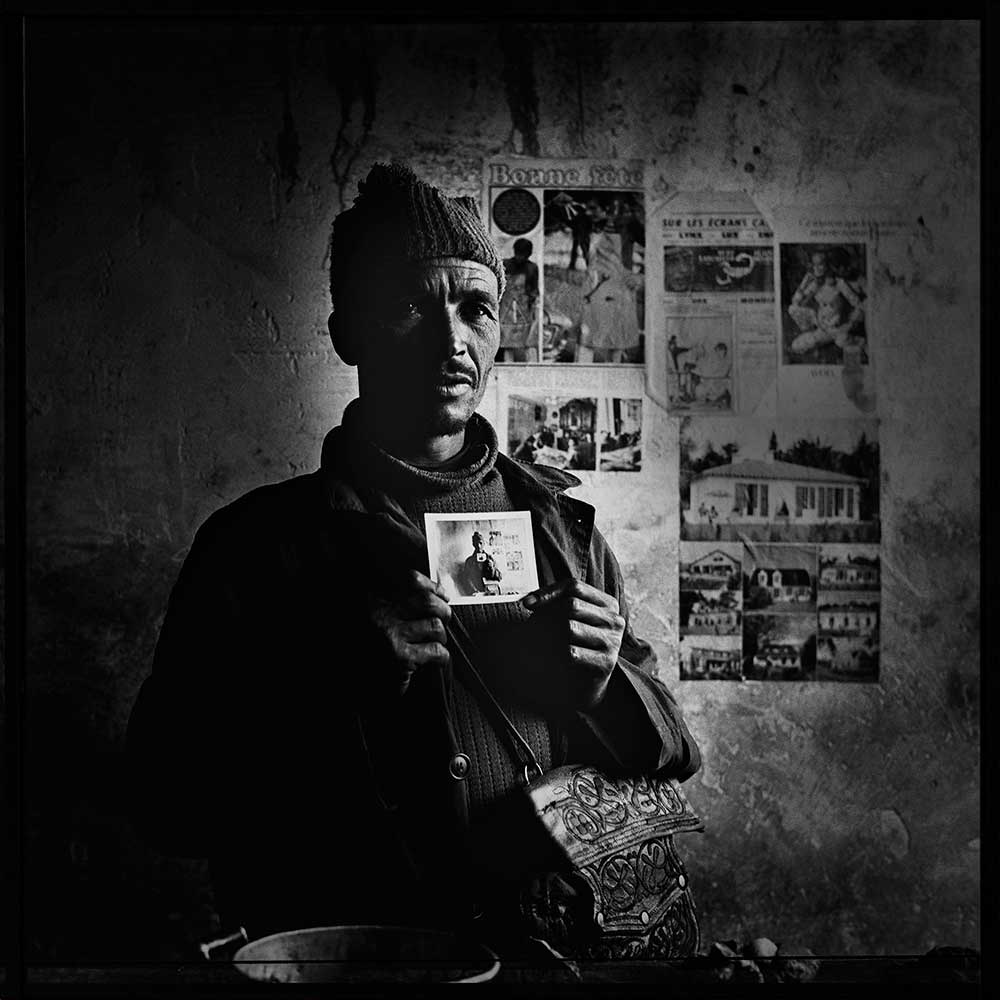 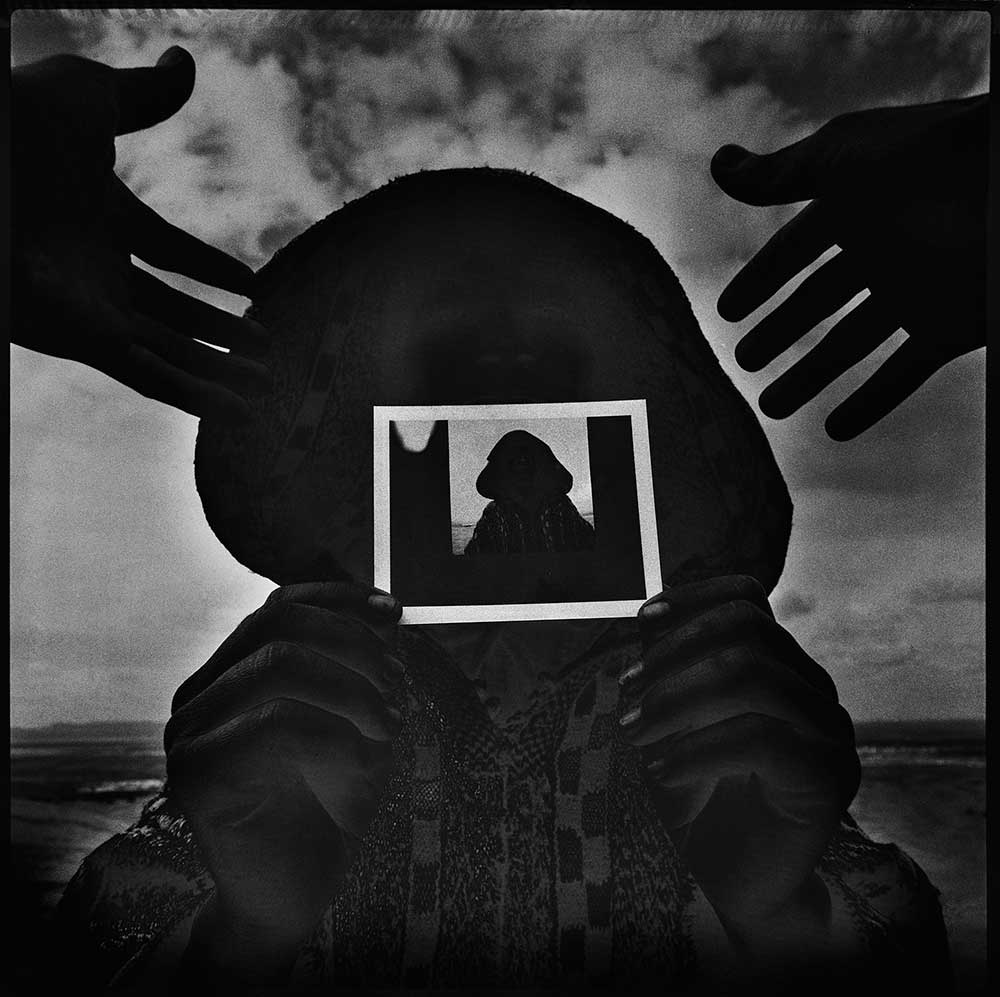